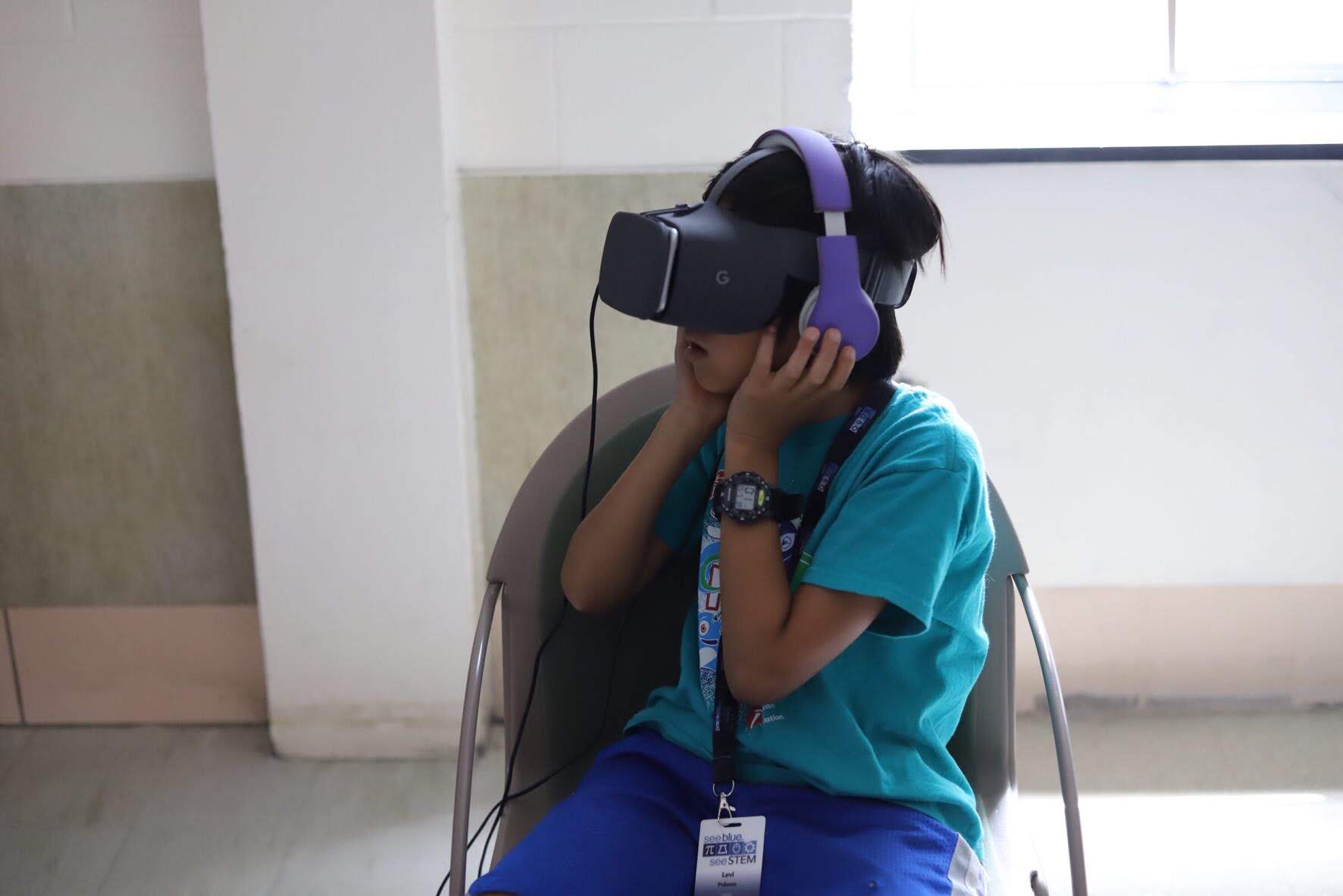 Aside from the morning rain during drop off, we were able to avoid the rain and storms yesterday! The students are really enjoying the cooler weather this week, especially when walking across campus.

In the red and blue groups today, they worked with Dr. Haley Bergstrom and her team investigating Human Body Performance and how we can use STEM to learn and improve. They got to do some of their own testing and investigations, doing some physical activities and recording their stats along the way. In robotics, they tried their hand at building a car and see if they could get it to move. There were lots of successes today and they were pretty happy with their work! Some were dismayed that the robots didn’t move as fast as cars in real life do 🙂

In the yellow and green groups, they got their turn with virtual reality. They learned about what virtual reality is, why it is useful, and how people build VR worlds. Students got to be creative and build their own VR worlds and show them off. Many of the students actually found the VR to be relaxing and took advantage of the moment. In robotics, they dove deeper into the challenges, working with some of the sensors they can use to help get their robot to do things. They are really loving the challenge of figuring out what’s working and not working on their robots. Their persistence is amazing to keep trying and trying!

In Vex Robotics, they worked with their robots to use their claw and move boxes around. They scored points based on how their robots performed in the field.

Photo of the Day…